The Case for Renewable Energy

Wealthspire Advisors is an independent RIA providing comprehensive financial planning and investing services to retirees, multigenerational families, and high earners with complex tax, estate, and charitable planning needs. With a firmwide focus on education for clients and client families, this piece comes from our local Reston, Virginia, team.

If a picture can tell a thousand words, we want to share a few charts that can capture the massive potential and significant paradigm shift in the energy markets. Summarized by the following data, we think this evolution presents meaningful opportunities to investors.

First, in the 10 years from 2009 through 2019, the price of electricity from a new solar power plant (utility-scale) declined 89 percent, while onshore wind was down 70 percent. In fact, according to the International Energy Agency (IEA), solar is now “the cheapest electricity in history” (i). As powerful as this chart is, it doesn’t even include battery storage, much less the huge benefit of pairing solar and wind with battery storage. While solar and wind have achieved massive cost reductions, according to Bloomberg NEF, the price of lithium-ion batteries has also achieved a marked decline of nearly ~85 percent over the last ten years (ii). Further, Bloomberg NEF experts forecast a decline from the current $137 per kilowatt hour in 2020 to $58 per kilowatt hour in 2030, making this alternative even more competitive (iii). Another significant forecast estimates that below $100 per kilowatt hour is the point at which electric vehicles (EV) are cheaper overall than traditional internal combustion engines (ICE), meaning EVs will enjoy significant cost and ongoing maintenance advantages.

Looking ahead, given that solar and wind are now among the cheapest sources of new energy, and based on the manufacturing learning curve of solar, wind, and batteries, it is anticipated that the cost for these energy sources should continue to decline while technology and output efficiency continually improve.

We are still in the early stages of widespread deployment of battery storage – the potential uses are vast, but current uses are limited to electric vehicles, mobile phones and devices, home battery storage, and limited utility-scale storage. Over time, wider adoption is expected, including larger utility-scale storage projects (especially to pair with solar and wind farms) and eventually larger forms of transportation. 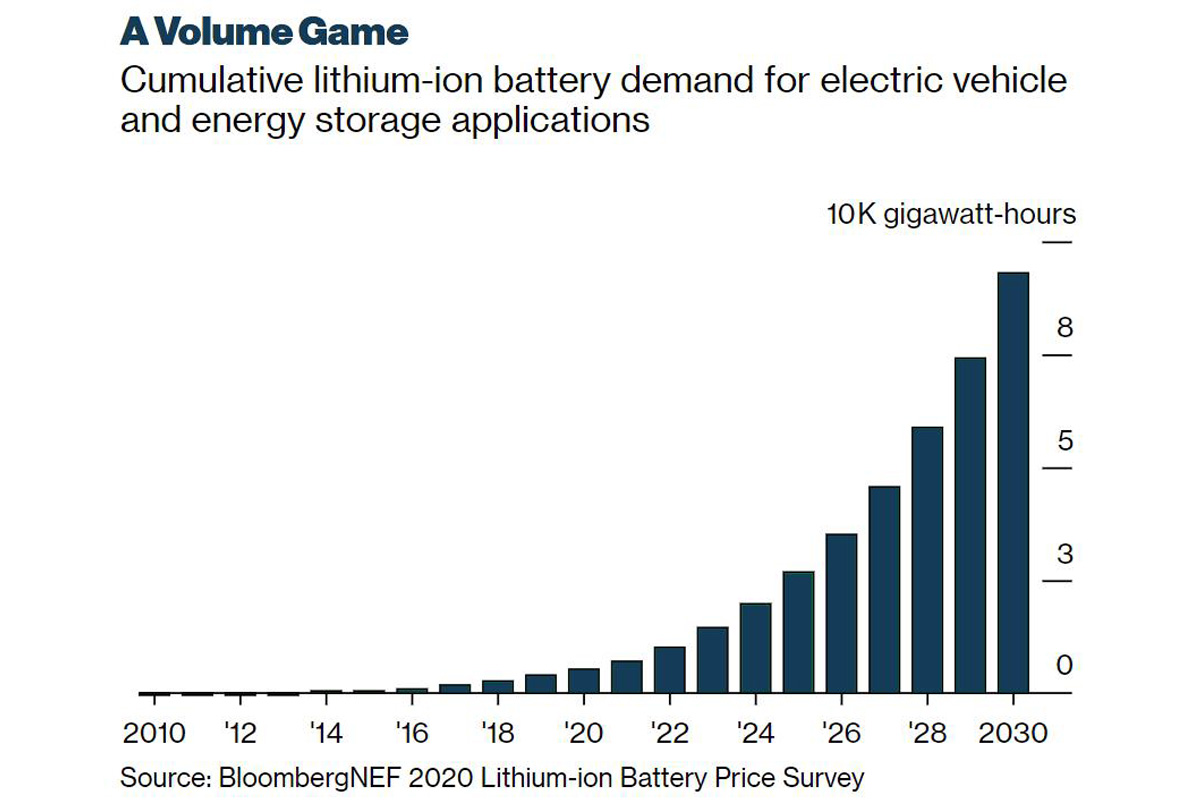 To get there, battery engineers are in a race to increase the efficiency of a full charge, expedite the time needed for a full charge, increase battery longevity, and fortify battery stability (some refer to this goal as “solid state”) (iv).

From an investment perspective, the opportunity set is enormous as it is estimated that $1.3 trillion was spent on energy in the U.S. in 2018, while only 20 percent of U.S. energy was generated by renewables (including hydropower) (v, vi).  Worldwide, an estimated $4 trillion to $6 trillion is spent on energy per year.

The collective data signals that given the current cost advantages and prospective cost and efficiency improvements, the future for renewable energy is bright.

Venture Out Into Virginia Wine Country

Work Up an Appetite in Waynesboro

Summer is just around the corner. Stay connected with Cox.