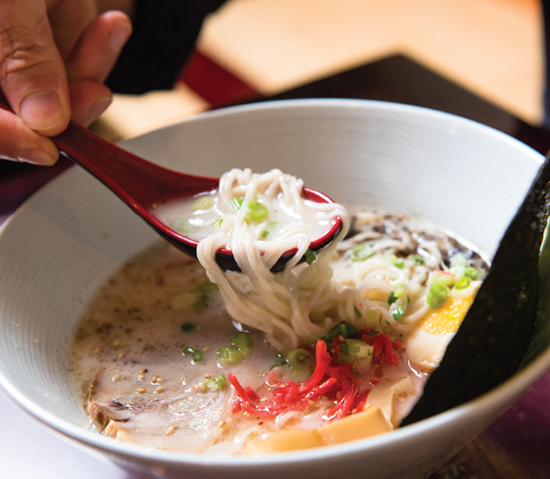 Ramen has been having an extended moment in New York, which means the Japanese noodle shop craze should have already been trickling down south. Northern Virginia only caught a drop: Tanpopo Ramen House. Tanpopo is in a mini-mall, the building next door to A&J, and serves a few types of ramen (as well as sushi).

If you didn’t know, you’d think the kitchen cheated and combined the broth with cream. But that thickness comes from bones cooked down into the broth for over 12 hours, turning the liquid cloudy. Julienned strips of pickled ginger add tang and zip, helping cut the fat, and the black garlic oil adds a mysterious richness. With its gelled consistency, the half-egg’s yolk stays put inside the white and doesn’t spread into the broth and compromise its superiority. Instead, you can take bites of egg in between slurps of squiggly noodle. As my friend says, “It’s not a runny egg, it’s jogging.”