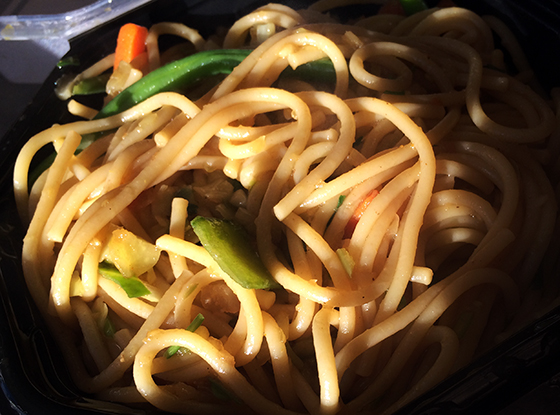 MoMos serves Indian food—now so ubiquitous in the United States a friend called it the new Italian—and Nepalese food, which, as you know, doesn’t occupy a storefront in almost every strip mall in Northern Virginia.

In the Kathmandu section of the menu, there’s only one option for a noodle dish, served with either chicken or vegetables. Sesame oil brings a richness to the round, medium-thick noodles, similar to those in the American-Chinese version of lo mein. There’s a little ginger and garlic too, with chopped cabbage and scallions and finished with soy and a Nepalese seasoning the owner would expand upon. If you want it spicier, though it will block the delicate sesame flavor, ask for a container of the momo dipping sauce, and maybe some dumplings too.