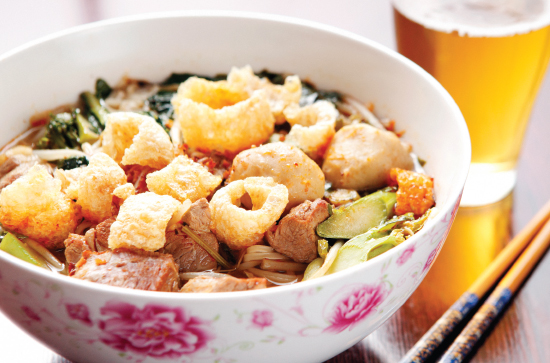 Yes, there’s a menu. But that’s not how you should order your food, or so says my dining companion, the George Mason University economist and part-time food blogger, Tyler Cowen.

He spends much of his year traveling across the world. So when he wants something off-menu—something from the staff’s family meal, something that the kitchen’s workers would cook for themselves—he starts mining his deep bank of global food knowledge.

To try to order off-menu, ask to see the manager or the cook, says Cowen, because they (not necessarily servers) are the ones with the power to offer something beyond what is listed.

Once talking to someone with authority, it’s your turn to show your authority. If you’ve traveled there, let the chefs know. Learn facts about the country and its food. Say you were recommended by a friend who is of that same nationality. Show confidence in your ability to eat anything associated with that country. Then simply ask to be served what the chef would cook for him- or herself or his or her family.

And then hope you can handle the heat.

At Elephant Jumps this led us to a pork noodle soup, which is on the menu now but wasn’t when Cowen first started eating there and began asking for what the staff ate at their 3 p.m. meal.

The first time he ate it, he coughed and cried from the spice. On repeated visits he’s been gifted with something less spicy, but still searing. Now, we all can enjoy.